The Extraordinary Life and Ordinary Will of David Bowie 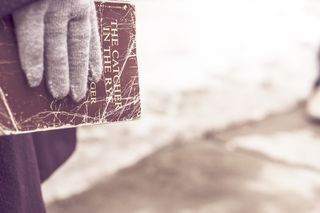 David Bowie turns out to be a unique individual with an ordinary $100 million will.

While there was speculation that musician David Bowie's estate plan would have been unusual with strange requests, it turns out the $100 million will is rather ordinary and does not include a breakdown of assets.

He directed that his wife should receive half of the estate, including his New York apartment. A total of 25 percent of the estate was left to his minor daughter through a trust. The remaining 25 percent is to go to his son from a previous marriage. Bowie also included small bequests to a couple of friends.

The New York Times reported on the will in "David Bowie's Will Splits Estate Said to Be Worth $100 Million."

The only unusual aspect of Bowie's will is how he would like his remains treated. In the 1980s, he vacationed with Iggy Pop in Bali. He fell in love with it and asked that, if possible, his remains be transported there to be cremated and disposed of according to Bali's Buddhist rites. If it is not possible to have his body cremated there, he at least wanted his ashes spread there.

It appears that the will of this unique individual is not only ordinary but unlikely to be challenged.