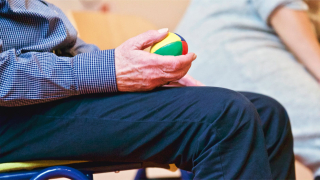 Grandson led fight to protect fortune from being misused.

Phillip Marshall, who led a fight to protect the fortune of his grandmother Brooke Astor,  continues to work to prevent the financial exploitation of the elderly, according to Financial Advisor in "From Whistle-Blower To Elder Champion."

A few years ago, wealthy heiress Brooke Astor was in cognitive decline and wanted to leave her vast fortune to charitable causes.  However, her son, Anthony Marshall, was charged with scheming to take advantage for his own financial benefit. He might have been successful, if not for the efforts of his own son, Phillip Marshall, who blew the whistle and who was ultimately successful in stopping the abuse.

Marshall tells his grandmother's story to anyone who will listen, in the hopes they will be inspired to also fight elder abuse. Marshall believes more financial regulation is needed to prevent abuse and he advocates for legislatures and regulators to pass it.

Not everyone has the time or money to work as hard as Phillip Marshall does to prevent elder abuse, but everyone can do his or her part.