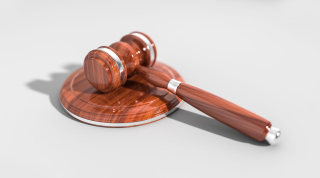 If a person is convicted of killing someone, they really don’t inherit the money.

The so-called slayer statutes prevent a murderer from receiving an inheritance from the person they murdered. A recent case from the Seventh Circuit Court of Appeals shows how broadly the slayer statues are applied, according to Bloomberg in "Woman Who Stabbed Husband While He Slept Can't Get His Pension."

In this case, an Illinois woman stabbed her sleeping husband and then hit him with a baseball bat killing him. She admitted to doing this, but was found not guilty by reason of insanity. She was denied payments from her husband's pension fund and argued that because she was not guilty, she was still entitled to his pension under federal pension law.

However, the court found otherwise and declared that federal law did not override the state's slayer statute. Other federal courts have found similarly in previous cases, but the Supreme Court has never weighed in on the subject.

Reference: Bloomberg (Jan. 29, 2018) "Woman Who Stabbed Husband While He Slept Can't Get His Pension."