Cryptocurrency and Its Billionaires 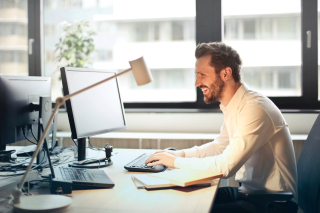 Economists and financial regulators debate the wisdom of investing in cryptocurrencies.  However, they do recognize that some people have become very wealthy through them, according to Forbes in "Forbes' First List Of Cryptocurrency's Richest: Meet The Secretive Freaks, Geeks And Visionaries Minting Billions From Bitcoin Mania."

The strength of these currencies is they can be used to process some payments.  They can also be exchanged for government-backed currencies.

As the headline suggests, Forbes has produced a list of the richest cryptocurrency investors in the world for the first time. With people getting wealthy trading in cryptocurrencies, it should be expected that others will look to them to make their own fortunes.

People who do invest in these currencies, should be aware that by doing so they will need to make sure their accounts are part of their estate plans.

After an account holder passes away, someone will need to be able to access the accounts, so assets can be transferred to heirs and beneficiaries.

An estate planning attorney can advise you on creating an estate plan that fits your unique circumstances and may include some cryptocurrency accounts.