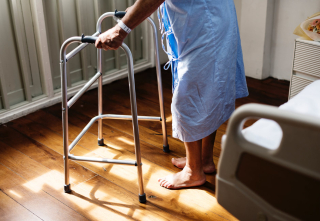 There is still time for the state to fix this problem. However, there appears to be an impasse between the governor and the legislature over funding. Something similar could also eventually happen in other states.

As the population of the U.S. gets older, Medicaid expenses are growing for both the states and the federal government. Many states are looking for ways to change their programs to save money and the Trump administration has given them greater flexibility to do.

It is not certain how far the administration will allow states to go.