« Is Probate Really That Expensive? The Cost of Going to Court | Main | Pet Trusts in California: Are They a Good Idea? »

Investing in Foreign Corporations: Will You Pay Lower Taxes? 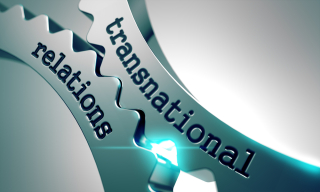 You may have heard from friends that investing in foreign corporations is a smart move because it will reduce your taxes. Unfortunately, in most cases, this is not true.

When you invest in a foreign corporation by purchasing shares or contributing money, and the foreign corporation’s business is investing in shares, bonds, or some real estate, this is a passive investment on which you hope for a return. You also can make investments in corporations that engage in active business in another country. You should be aware that you have to pay U.S. income tax on any income you earn from these investments such as interest or dividends and on any capital gains. The foreign government also can assess you taxes on this income and capital gains.

In effect, you might have to pay double the taxes on your foreign investments. The IRS does provide Americans with a “foreign tax credit” that can offset some of the U.S. tax liability based on the amount of taxes you pay to the foreign government. This credit, however, may not cover all of the double taxation you end up paying.

Some foreign countries do not assess any taxes on investments, so the foreign tax credit is useless. Instead, they automatically “step up the basis” of the investments. Stepping up the basis refers to adjusting the value of an asset that has increased in value over time. In other words, the foreign country simply considers the asset to be worth more the next year instead of assessing taxes. The United States has no such laws, so you will still have to pay U.S. income taxes if your foreign investments increase in value.

If you leave foreign, passive investments to your American heirs in your estate plan, the foreign steps up in basis will not affect them. The foreign country’s steps up every year do not count in the U.S., so in your heirs’ hands the property will have a basis of their fair market value on your date of death. If the heirs later sell the investments, they will pay taxes on the difference between the value when you passed away and the amount for which they sold it.

Some people investing in foreign corporations want to trigger a step up in basis so that when they give the investments to others, they receive the higher basis. To maintain this higher basis in the United States, the investors will need to do some complicated tax planning that usually involves forming a foreign corporation. If you are interested in this option, talk to a lawyer experienced with international estate planning.