Estate Tax Issues are Not Yet in the Past 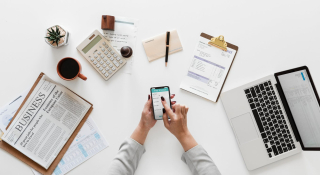 An estate planning attorney can advise you on the state laws concerning an estate tax.

The recently passed estate tax law does not necessarily mean the end of the estate tax and one should certainly not just forget about it, according to Wealth Management, in “Beware the Estate Tax Cliff.”

The Tax Cuts and Jobs Act doubled the federal estate tax exemption to $11.18 million per person (and $22.36 million per couple, with portability). This enormous exemption increase gave many Americans, who are in the highest of all tax brackets, a reason to cheer, although in reality, few wealthy Americans ever pay the tax.

For one thing, such a huge increase means that many estate plans that factor in the old exemption in complex ways have been thrown out of whack. Many wills were created before the exemption increase and some provide directions that no longer work. If the will says “send to my credit shelter trust an amount equal to the federal exemption,” that means $11.18 million is now headed to a credit shelter trust. That might not be what the clients were expecting to happen.

It’s not hard to understand. Plans that were perfectly balanced with a $5.4 million exemption are now being upended by doubling that amount.

Let’s also not forget about state estate taxes, which is what most people do pay.

Only about 14 states implement estate taxes for deaths after Jan. 1, 2018, and the state estate tax rates are usually much lower than the 40% federal rate. However, you still need to be aware of the specific rules and exemptions that apply in your state. You don’t want your heirs to get hit with an unexpected tax bill.

If you live in New York, a word to the wise: New York is the largest state that still levies a state estate tax. Not only is there still a large gap between the New York State estate tax exemption and the federal one, but New York has an added wrinkle of applying the exemption differently.

An estate is normally taxed based on a percentage of the amount by which it exceeds the exemption. That initial exemption is almost always tax free. However, New York implements a “cliff rule,” where if an estate exceeds the exemption by more than 5%, the exemption is effectively ignored and the entire estate gets taxed. If you’re even 5% over, you’re in for it. New York also doesn’t have portability. With a top rate of 16%, that’s a nasty tax surprise.