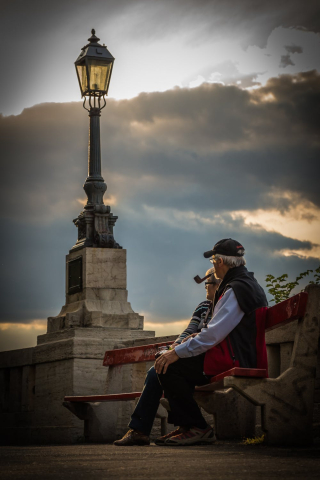 Despite popularity, the debate has continued for years and years.

Social Security began decades ago, as a government program to help alleviate extreme poverty in America’s elderly population and the debate for and against has gone on for more than half a century. Despite all of that, it still seems to be popular and beneficial for the wealthy as well as the poor, according to AZ Central in “Social Security: Designed to help poor Americans in old age, it’s a relatively good deal for wealthier ones, too.”

In some ways, it can be said that Social Security has failed to live up to the goal of helping the most downtrodden Americans. The debate over the agency’s progressive features, or lack thereof, has been going on for many years.

Some supporters say Social Security is progressive and achieves its goals. One group is the Investment Company Institute, a mutual-fund trade group that says government paid benefits replace a much higher percentage of working-year earnings for lower-paid Americans. This is especially true when you take into consideration the fact that low earners pay less in Social Security payroll taxes during their working lives.

However, there are some factors that make Social Security less progressive than intended. Many of people die before they claim any benefits. For this reason, many Americans file earlier than they otherwise would, locking in benefits at a low level. Poor people don’t live as long as wealthier people so they tend to claim early and not receive benefits for as many years. Social Security benefits are based on earnings, lower-earning Americans receive lower benefits.

Other factors impact how much money people receive from their Social Security benefits. One progressive feature: there is a cap on monthly benefits. In 2018, it’s nearly $2,800. That means billionaires won’t receive anything more than a retail clerk, which counts one for the progressive side.

On the other hand, what you receive in benefits is partly based on how much you earned and how much you paid in payroll taxes. That tax rate is 6.2%, whether you are a middle manager or a millionaire. Therefore, the income replacement part of Social Security is progressive, but there are tax and other aspects that make the entire picture somewhat murky.

Here are some pointers for making Social Security part of an economically successful retirement:

Posted by Law Office of Janet L Brewer on 01/25/2019 at 10:09 AM in Estate Planning, Retirement Planning, Social Security | Permalink