« Life Insurance Is Important but You Can Get It Wrong | Main | What Should You Do First When a Loved One Dies? »

French Family Members Living in the U.S.? What You Need to Know 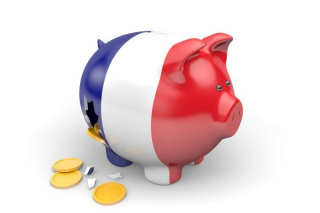 If you live in France but have French family members living in the U.S., you need to take care in your estate planning. You may be familiar with the French forced heirship laws, but owning property in the United States is different.

What Is the Forced Heirship System?

France has different estate distribution laws that states in America do. Under the French forced heirship system, who gets which property when you die is based on strict rules. For example, your spouse receives a specific percentage of your estate if you are married. Children of the deceased person receive proportionate amounts of the estate. In France, many people do not have a will because the law explicitly states who receives which assets and in which proportions.

Why Does Having Family Members in the United States Matter?

If you live in France and have a child or close family member living in the United States, you may need to do more estate planning than relying on forced heirship. Under current law, estate property is distributed under the laws of the country where the deceased person was a resident at death.

This means that if you own property in the United States (perhaps after purchasing it to provide your child with a place to live), that property will get distributed according to forced heirship. It will not automatically go to the child who lives in it. Fortunately, you can get around these default rules by making a will that specifies who will inherit the U.S. property.

In addition, the United States property will be taxed not under French law, but under U.S. estate and gift tax law. Non-resident aliens’ estates could pay exorbitant U.S. estate taxes in the hundreds of thousands of dollars depending on the U.S. property’s value. You need to plan ahead for these taxes, perhaps by placing the property in a holding company or by transferring ownership to a trust.

International estate planning requires a lawyer very familiar with the issues described above. Do not rely on pre-printed forms, the default French forced heirship laws, or a lawyer unfamiliar with U.S. estate and gift tax laws. You could be making a costly mistake.