« What Happens to Student Loans When You Die? | Main | Estate Planning When You Are In Poor Health » 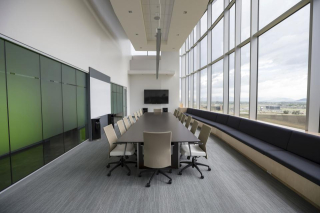 Retirement policies are becoming a hot topic in the political world.

There are a number of retirement policy issues that will most likely be highlighted this year, according to The New York Times in “For American Workers, 4 Key Retirement Issues to Watch in 2019.”

The article covers many issues, including Congress working on a plan to stop sharp cuts in traditional pensions, the SEC’s battle over fiduciary responsibilities to protect investors and the possible expansion of Social Security.

Here are some of the highlights:

Workplace Savings Plans. Features like automatic enrollment and matching employer contributions make these plans a great way to help save for retirement. However, a third of workers in the private sector don’t have access to these plans. In 2019, some states are starting programs to automatically sign up workers who don’t have access to these plans at work. Employers in some states will be required to set up automatic payroll deductions, although they won’t have to make matching contributions.

Congress is expected to work on legislation that would make it easier for employers to create and join a single 401(k) plan that they could offer. This “open multiple-employer plan” would be offered by private plan custodians. It may take a while for this to get up and running.

Pension Insolvency Crisis. A special congressional committee is working on heading off an insolvency crisis that could lead to big cuts in pension benefits for millions of workers. More than 10 million workers and retirees are covered by multi-employer plans, which are severely underfunded. The Pension Benefit Guaranty Corporation, a federal insurance program for pensions, will run out of money by 2025, if nothing changes. This is a complex problem, with no easy solution.

Protecting Investors. This battle over requiring fiduciary standards by brokers has been going on for a while. It centers on requiring brokers and others to put customer’s financial interests first. A rule from the Department of Labor from the Obama era never made it past opposition from the financial services and insurance industries. A proposed new rule from the Securities and Exchange Commission would require brokers to put their customer’s financial interests ahead of their own. However, it does not require them to act as fiduciaries. Consumers advocates are against this rule, believing that it does not go far enough.

Expanding Social Security. Expansion legislation in the Larson Bill from has more than 170 co-sponsors in the House. The bill includes a 2% increase in benefits, a generous annual COLA (Cost of Living Adjustment) and higher minimum benefits for low-income workers. How are we paying for these increases? The cap on wages subject to taxation and a gradually phased-in higher payroll tax are the sources.

Posted by Law Office of Janet L Brewer on 02/12/2019 at 08:00 AM in Current Events, Retirement Planning, Social Security | Permalink