« You Have Received an Inheritance but What Do You Do Next? | Main | How a Special Needs Trust Can Help Your Family »

Inheritance War? Perhaps a Widowed Stepmother Is Behind the Scenes 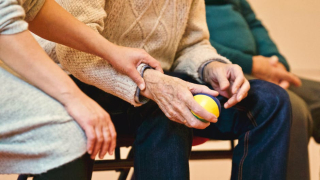 Estate battles left behind by celebrities can often teach a lesson or two.

Among the many issues that spark inheritance battles are Alzheimer’s disease, widowed stepmothers and estate crimes, such as questionable asset transfers and changes in investment risks, according to Think Advisor in “What the Nastiest Celebrity Estate Battles Can Teach Advisors.”

Rock and roll legend Jerry Lee Lewis’s seventh wife (yes, seventh) and his third wife’s daughter have been in court for nearly two years. The wife has charged her stepdaughter with financial and physically abusing the singer, who is now 83. The daughter countersued, alleging that her stepmother was drugging her father into an incoherent state. Lewis recently had a stroke, and he was admitted to a rehab facility.

What can families do about elder abuse, which the American Bar Association has called the “crime of the 21st century?”

Pay attention. Over the next 30 years, as much as $30 trillion in Baby Boomer assets will be transferred to the next generation. The number of people getting older is taking a huge leap and so will the number of people who suffer from cognitive-related diseases.

Know what an “estate crime” is. This is the term to describe the unauthorized, unlawful taking of someone’s assets, while they are alive. It’s what happens when a personal representative, such as a trustee, suppresses assets and takes them. It’s more likely to occur when an entrepreneur or business owner keeps a lot of cash in the safe. That money mysteriously vanishes at their death. Therefore, if anyone has a lot of cash around, they need to be able to prove it and give that documentation to someone they trust.

What happens when a person’s family is involved in litigation and they are incapacitated? Attorneys will look for transfers that occurred just prior to the time the person became incapacitated. Would they be the result of undue influence or pressure? What about their estate documents — were they changed near the time the person became seriously ill or when they were near to death? Medical records and doctors’ reports become important in these cases.

What happened to Tony Curtis, the romantic and comedic leading man? A year before he died, Tony Curtis wrote a new will and revised his trust. He disinherited his five surviving children and left his entire estate worth $46 million to his sixth wife. The children, who include actress Jamie Lee Curtis, filed a suit claiming that their father was mentally impaired, but the case was dropped. It’s possible that the suit was settled confidentially. Any time there’s such a big change before death, expect litigation.

Why do so many famous people seem to die without a will? People don’t like to think about death, so they procrastinate. It’s that way for celebrities and for regular people. However, we read more about celebrities. Estate planning attorneys are the ones who see what happens, every day, when people don’t have wills and the family is faced with estate battles.

What’s the solution? It’s not that complicated. Find an estate planning attorney that you are comfortable with and draw up an estate plan. Make sure you have a will, power of attorney and health care power of attorney. Talk with your family about your intentions for the distribution of your property and make sure that every few years, when events occur in your life or when laws change, you update your estate plan.