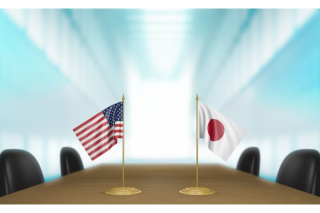 Some countries have estate tax treaties with the United States, including Japan. These treaties may change the default taxation rules that the United States or another country would apply to people who file tax returns in that country. The Japan-U.S. estate tax treaty does change some of these rules, so if you are Japanese or have Japanese ties, you should know how the treaty might affect your estate.

What Are Some Key Features of Japanese Estate and Trust Law?

Japanese estate and trust laws differ from those in the United States in a number of important ways. In particular, Japan has forced heirship laws, stricter laws on making wills, taxes on beneficiaries of trusts, more restrictive gift taxes, and an inheritance tax. Japan also taxes worldwide assets. As a result, people who own assets in both the United States and Japan, as well as heirs and beneficiaries receiving these assets across borders, face a strong possibility of double taxation. The treaty aims to alleviate this problem.

What Are the Major Features of the Treaty?

When one country taxes an asset solely based on its situs, double taxation might result without the treaty. For example, someone who is Japanese may die while owning a piece of real estate in the United States, leaving it to someone who lives in Japan. The United States would assess taxes based only on the location of the asset in the U.S. Because of the treaty, the U.S. has to provide an estate tax exemption that takes into account the real estate’s value considering the entire value of the deceased person’s worldwide assets. In practice, people receive this as a percentage of the total available U.S. estate tax exemption for that person.

What Is the Takeaway for People Planning Their Estates?

This treaty may sound very complicated if you are just trying to put an estate plan into place. Your takeaway should be that cross-border estates need more involved estate planning, and failing to plan can be extremely costly. Talk to an experienced lawyer familiar with estate tax treaties for legal advice.