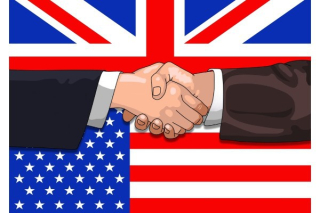 Some countries have estate tax treaties with the United States, including the United Kingdom. These treaties may change the default taxation rules that the United States or another country would apply to people who file tax returns in that country.

What Are Some Key Features of U.K. Estate and Trust Law?

What Are the Major Features of the Treaty?

The United Kingdom-United States estate tax treaty, in effect since the 1970s and modified since then, determines which country taxes certain assets. It helps avoid double and excessive taxation for people who own property in both countries or who live in one country but are a citizen of the other.

Major features of the treaty include:

Essentially, estate tax imposed in each of the countries is limited for the most part to tax on property actually located in that country. However, the treaty includes many modifying rules as well.

What Is the Takeaway for People Planning Their Estates?

This treaty may sound very complicated if you are just trying to put an estate plan into place. Your takeaway should be that cross-border estates need more involved estate planning, and failing to plan can be extremely costly. Talk to an experienced lawyer familiar with estate tax treaties for legal advice.