« Executor Has to Be Willing to Serve or Problems Arise | Main | Relocating in Retirement? Take a Fresh Look at Estate Plan »

Is a Joint Will with Your Spouse a Good Idea? 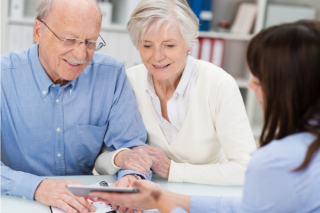 You may have heard about making a joint will with your spouse and wondered if it was a good idea. While joint wills used to be very popular to save time and money, they have fallen out of favor for some excellent reasons.

A joint will is a single legal document that includes the last wishes of two people. Usually the two people are husband and wife at the time they make the will. When one of the two passes away, the executor administers the estate using the joint will as the instructions for how to distribute the deceased person’s property. Afterwards, the joint will also acts as the last will and testament for the second, still-living person.

Joint wills cause problems when the second person who signs a will has major life changes after the first passes away. For example, the second person might remarry. With the old joint will still in effect, the second person would leave his or her estate to someone besides the new spouse. Or a child who was supposed to inherit everything could have a falling out with the family, or even pass away before the parent.

3. Couples Have Different Wishes and Property

Joint wills do not work well when couples have different last wishes and separate property. Often, spouses may want their estates distributed in very different ways. One spouse may want many small gifts to relatives, while the other may leave his or her entire estate to the children. Further, many couples own separate property, whether purchased before the marriage or acquired separately (such as inheritances). Joint wills may restrict the opportunity to dispose of separate property as a member of a couple chooses. Or spouses could feel a lack of privacy because their partner knows exactly what is in their will.

These days, most lawyers recommend that each member of a couple make a separate and distinct will. The wills should not be combined with all signatures at the end. Many couples do want “reciprocal” or “mirror” wills, in which each spouse gives all or most of their assets to the other spouse. Again, these wills are separate documents, each signed only by the spouse whose will it is.