« You Can Retire but Still Want to Keep on Working | Main | Does POA Mean No More Control? »

A Will Is Really Important to You and Your Heirs 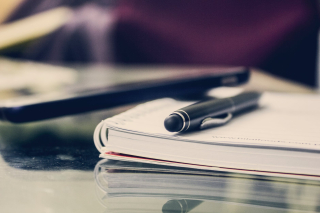 Your will is really important but then so is your living will. It is helpful to know the difference.

People often confuse a last will and testament with the living will. However, the documents are really important to you and your family, according to The Daily Sentinel in “It’s important to have a Last Will and Testament.”

While the documents sound similar, they accomplish different tasks: the last will and testament gives you a legal document about how you want your possessions and assets distributed, while the living will details how you want your end-of-life decisions made.

In Colorado and some other states, the Living Will is referred to as an Advance Directive, which helps to avoid some confusion between what it accomplishes and the tasks of the will.

The will is also the document used to name the person who will be the personal representative, often referred to as the “executor”, to carry out the directions in the will.

When there’s no will, there’s is much more work to settle an estate. The distribution plan is determined by the laws of the state. It is not likely to be what the person had in mind, but by then, it is too late.

Every parent needs a will, because it is used to name a guardian for minor children or a child with special needs. This is not a decision that can be left to the law. There is no automatic solution based on state law, like there is for assets and belongings.

There are occasionally questions about whether a general or special power of attorney can be used to name a person to handle affairs when someone dies. This is not true. The authority given to a person in a power of attorney automatically and legally terminates, when the person who gave that authority to another person has died.

Several years ago, a widow was preparing to create a will, but never did. She had no surviving parents or siblings, but she did have a son. She probably thought that the law would give him all her assets automatically.

Unfortunately, after the woman died, it was learned that the “son” was an informally adopted son who had never been legally adopted. According to the laws of the state, he had no legal right to her estate. She could have had a will prepared and he would have inherited everything. However, because she had no will, distant relatives who she did not even know, were the recipients of her estate.

An estate planning attorney can advise you on creating an estate plan that fits your unique circumstances and can include a will, as well as a living will. You can read more about how our process works, how we can make sure we are a good fit for your needs, and how to get started today right here.

Reference: The Daily Sentinel (June 1, 2019) “It’s important to have a Last Will and Testament”