« How Do Succession and Forced Heirship Affect U.S. Estate Planning? | Main | When You Move Abroad, Do You Need to Change Your Trust? »

When You Move Abroad, Do You Need to Change Your Will?

If you move to another country from the United States, you may need to change your will or your overall estate plan. You simply cannot count on laws applying to your will in the same way when you change the place that you live. 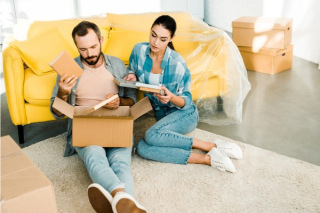 What Are the Potential Consequences of Not Changing Your Will?

There are many, many potential negative consequences of not changing your will. For example:

Different countries have very different laws on how estates of deceased people get distributed. As a result, your will may need to change if you move internationally.

What Kinds of Laws Do Other Countries Have About Inheritance?

Unlike most state laws in the United States, some countries’ laws require that citizens or residents distribute their estates to certain people. For example, countries with forced heirship regimes require that a portion of each person’s estate goes to their children, grandchildren, or spouse. France has a forced heirship regime, but it does allow the money remaining in the estate after the forced heirship distributions to go to people of your choice. As a result, you may need a new will that accounts for those distributions and passes on the rest of the estate to others.

Further, other countries have different laws about which wills are valid or invalid. For example, Germany recognizes handwritten wills signed without witnesses, while U.S. state laws generally require witnesses to the deceased’s signature on the will. While you might not have intended that your handwritten list of wishes take legal effect, it might do so in Germany. Other countries may have different laws that could invalidate your will that is perfectly legal in the United States.

As a result, you need to get legal advice about your will and your other estate planning before or soon after you move to a new country. Make sure you understand the inheritance and estate laws in the new country so that your property passes to the people of your choice with minimal expense and hassle.

Posted by Law Office of Janet L Brewer on 11/08/2019 at 10:30 AM in Forced Heirship, International Estate Planning, Will Challenge, Wills | Permalink