« Information to Share with Your Estate Planning Attorney | Main | QTIP Trust or QDOT Trust? What Is the Difference? »

Multiple Wills in Different Countries: Do You Need Them? 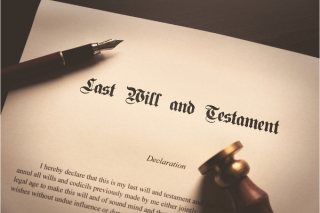 If you own property in multiple countries, you may need multiple wills. While not everyone needs more than one will, your situation and the countries where you have ties could require it. Here are a few tips for people who are starting their estate plans.

You May Need More than One Lawyer

First, if an estate planning lawyer decides that you need a will in another country, you will most likely need a second lawyer. You need one lawyer licensed in the United States, preferably in the state where you own the most property or spend the most time. You also need one lawyer located in the foreign country or licensed to practice law there. The United States lawyer should prepare or at minimum review the will under U.S. state law. The foreign lawyer should prepare or at least review the will under foreign law.

Contents of the Wills

The two lawyers should ensure that the two wills are consistent and do not overlap. For example, the United States will should specifically exclude all assets distributed by the foreign will, and vice versa. The U.S. will should specify the state law that applies. Also, you may want a provision mentioning that there is a second, foreign will so that your relatives know to look for it.

If the will leaves any assets to a trust, some special considerations arise. For example, it is often important that a United States citizen leave assets only to a U.S. trust because of expensive taxes on foreign trusts.  The trust should include language about migration of beneficiaries or trustees if any might relocate in the future. Further, the will should make very clear where the trust documents are kept and which part of the estate goes into the trust.

Obviously, having to employ two different lawyers in different locations adds to the cost of preparing your estate plan. But in some jurisdictions, you may need to pay a notary to prepare a will instead of a lawyer. Often notaries charge a percentage of the foreign property’s value in exchange for making the will. This can increase cost above what you would pay for a lawyer.

Further, if you make any changes to one of the wills or the rest of your estate plan, your attorneys will need to consult each other. If you do not change one of the wills, it could conflict with your other will, your trust, or other documents. Talk to an estate planning lawyer locally to learn more.