What Happens If a Non-U.S. Citizen Dies in the United States? 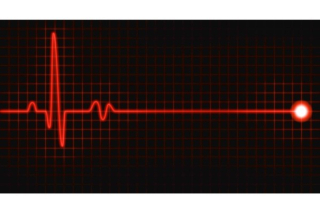 If a non-U.S. citizen dies in the United States, relatives probably have many questions about what to do next. From an estate planning perspective, this is usually not an obstacle to distributing the estate according to the deceased person’s wishes if proper planning was done before.

Practical Problems When a Non-Citizen Dies in the U.S.

When a non-United States citizen dies in the United States, his or her family often want the body buried in the country of origin. It can be expensive and difficult to transport a body overseas. As a result, people making their estate plans who want to be buried in other countries may want to account for the cost of transport by specifying that funds may be used for this purpose.

In contrast, some people want to be buried in the United States although they are not citizens. Others die without estate plans and their families cannot afford the cost of transporting the body overseas. It is perfectly legal for a non-citizen to be buried or cremated in the United States. Further, the burial location does not affect probate or estate distribution at all.

Probate and Estate Distribution for Non-Citizens Who Died in California

In contrast, if someone owned property in California but was not domiciled here, then the probate court might need to open an “ancillary proceeding”. This probate action would cover only real property such as a home located in California. All other assets would get distributed according to the laws in another state or country. If someone neither is domiciled here nor owns property here, then the probate may take place in another state or country altogether – usually the one where the person did have significant assets.

Further, the estate executor or representative may need to file United States and California taxes for the deceased person, including both regular income taxes for the year of death and an estate tax return. The estate also may owe taxes in other states or countries. Families confronting the death of a non-U.S. citizen in California should talk to an estate planning lawyer about what happens next.