« Incapacitated Relative with No Estate Plan? What to Do Next | Main | Why Did Spain's King Renounce His Inheritance from His Father? »

Some States are Lowering Taxes to Entice Retires to Relocate 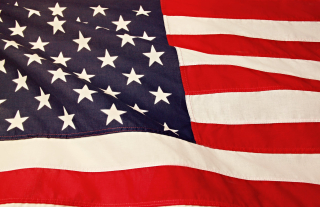 “Maryland is known as the Free State, reflecting its tradition of political freedom and religious tolerance, along with its resistance to Prohibition. Talk to retirees, though, and they’ll tell you the nickname is a misnomer, at least as far as taxes are concerned.”

The State of Maryland excludes from taxes up to $31,100 in income from pensions and 401(k) plans. However, its state and local taxes on other types of income—including distributions from IRAs—can run as high as 9%.

Kiplinger’s March article entitled “States Lower Taxes to Court Retirees” explains the good news for Marylanders willing to relocate, is that there are other states which give retirees a break. For example, Delaware and Virginia are both friendlier to tax-conscious seniors, according to Kiplinger’s state-by-state guide to taxes on retirees. Marylanders can move to Florida, which has no income tax and is on Kiplinger’s list of most-tax-friendly states.

To address his state’s image and tax issues, Maryland Governor Larry Hogan has introduced a bill that would eliminate state taxes on the first $50,000 of income for retirees making up to $100,000 in federally adjusted gross income. Therefore, retirees with incomes of $50,000 or less would pay no state tax.

Other states are also trying to find ways to keep retirees from heading off to lower-tax states. Illinois Governor J.B. Pritzker recently signed legislation that will make it easier for seniors in Cook County (which includes Chicago) to apply for a property tax break of up to $8,000 a year. Kiplinger has designated Illinois as one of the least tax-friendly states for retirees, mostly due to its high property taxes. West Virginia got a “mixed” rating from Kiplinger for the way it taxes retirees. They are phasing out taxes on Social Security benefits over three years. New Mexico lawmakers are considering several bills that would repeal or reduce taxes on Social Security. The Land of Enchantment also received a “mixed” rating from Kiplinger.

Whether you’re planning to stay where you are when you retire or move somewhere else, it’s critical that you understand and include the cost of federal and state taxes, when estimating your retirement budget.

Well this is exact, and I repeat exactly, what should be happening in every state. But not just for seniors! For everyone. For all middle class and working class folks who are dealing with this Pandemic and even if they weren't -- they deserve a break! Tens of millions of people in America have filed Unemployment... we have to do some permanent things to help our citizens. A real president would be one. But we need systems in place that will help take some of the load off people permanently... At this point, unfortunately, California is the only state with property tax relief programs that all our other states can mirror, if they have any sense at all. California is unique when it comes to avoiding property tax reassessment (at current expensive rates of course), when it comes to using trusts and trust loans to buyout siblings' property shares and in return getting a lifetime of low Proposition 13 2% max tax base...These are the California programs all the rest of us in large and small, red and blue, rich and poor states have to copy. If you 're inheriting property and want to keep your parent’s low Proposition 13 tax base in California, you can go to a niche trust lender who will lend directly to an irrevocable trust or probate estate. Plus take advantage of Proposition 58 & 193 property tax benefits, avoid property tax reassessment, and make sure you transfer parents property taxes properly when inheriting a home or land, and inheriting property taxes., to keep parents property taxes, at the low Proposition 13 tax base… Applied to all property tax transfer scenarios, such as parent to child transfer or parent to child exclusion… Exclusion from current property tax reassessment. And that typically adds up to over $6,000 every year in savings on property taxes. You can research all these systems and programs at the official California State Board of Equalization site, at https://www.boe.ca.gov/ or research info blogs like https://propertytaxtransfertrusts.com Or get started with a trust loan, $400,000 to a Million and up, at a trust lender like https://cloanc.com, or simply use their Website to learn up on the property tax relief programs California enjoys. Then start calling and emailing your Congress people to pass property tax relief. That is where it all starts.