« Some States are Lowering Taxes to Entice Retires to Relocate | Main | How Do the Children Divide Up Mom’s Tangible Property? »

Why Did Spain's King Renounce His Inheritance from His Father? 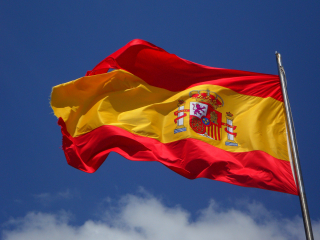 “King Felipe VI of Spain has renounced his personal inheritance from his father, Juan Carlos I, amid allegations of financial impropriety.”

In addition to saying no to his father’s money, King Felipe VI of Spain has also renounced his right to any shares, investments, or financial vehicles that "may be inconsistent with the law or the standards of honesty and integrity which govern his institutional and private activities and should inform the activities of the crown," according to a statement from the royal household.

CNN’s article entitled “Spain's King Felipe VI renounces his inheritance from his father” explains that Juan Carlos abdicated in 2014 amid scandal. Felipe pledged to improve transparency around the royal family, with the country becoming more frustrated by its expense to the public during a financial crisis.

The statement is an attempt by Felipe to distance himself, and the institution, from media reports that the royal family had benefited from two financial funds linked to Juan Carlos. The former monarch will also no longer receive an annual grant payment from the royal family budget.

King Juan Carlos ended his 39-year reign under suspicious circumstances. There were accusations of corruption and excess plaguing the royal family. That was a great fall from when Spaniards held him in high regard for leading the country into democracy, after the death of the dictator Francisco Franco.

However, Juan Carlos’ popularity took a blow in 2012 over a controversial elephant-hunting trip to Africa, while the nation was in the middle of a deep economic crisis. He resigned from public life in June 2019, as several scandals were made public.

Some Spaniards have called for the monarchy to be scrapped for the establishment of a republic. Resentment in Spain has grown over the cost of the royal family to the public, despite the monarchy's relatively austere reputation compared with other European royals.

Of the 10 main royal families in Europe, nine still get public funding for carrying out their duties. The one exception is the Princely House of Liechtenstein, which doesn't get any taxpayer money to cover its expenses.

Spain's royal family has the third-smallest budget of the group.