« What Can You Do If You Have Been Unintentionally Left Out of a Will? | Main | Is Your Covid-19 Essential Estate Planning ‘Go Package’ Ready? »

Will 007 Leave His Little Spies All of His Riches? 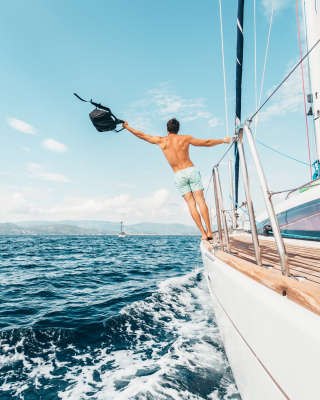 “Daniel Craig, who welcomed a daughter with wife Rachel Weisz in 2018, has dismissed the idea of bequeathing a large fortune.”

James Bond actor Daniel Craig says he and his wife, Rachel Weisz, won’t be giving their large fortune of over $100 million to their children. In an interview with Saga magazine, the James Bond star commented that he finds the idea of inheritance “distasteful.”

“My philosophy is to get rid of it or give it away before you go,” he said.

Yahoo Entertainment’s article from March entitled “Daniel Craig says he doesn't plan to leave his fortune to his kids: 'Get rid of it or give it away before you go',” reports that he has a baby daughter, born in 2018, with actress wife Rachel Weisz and an older daughter Ella, who is in her 20s, from his previous marriage. Craig is also stepfather to Weisz’s 13-year-old son Henry.

“I don’t want to leave great sums to the next generation.”

Craig is not the only celebrity who has vowed to cut out his children from his estate plan. He is one of a growing number of stars who believe in allowing their children to find their own financial way in the world, instead of using their wealthy parents.

For example, rock icon Elton John and his husband David Furnish said in 2016 that they would be giving the lion’s share of their fortune to charity, not their two sons.

“Of course, I want to leave my boys in a very sound financial state. However, it’s terrible to give kids a silver spoon. It ruins their life,” John remarked.

Likewise, American Idol impresario Simon Cowell, told the Mirror in 2013 that he’s going to leave his money to somebody. “A charity, probably — kids and dogs. I don’t believe in passing on from one generation to another,” he said.

“Your legacy has to be that hopefully you gave enough people an opportunity, so that they could do well, and you gave them your time, taught them what you know,” Cowell added.

Daniel Craig will soon star in his final Bond movie, No Time to Die. The 007 film was originally scheduled for release in April, but now has been delayed until November.

Reference: Yahoo Entertainment (March 23, 2020) “Daniel Craig says he doesn't plan to leave his fortune to his kids: 'Get rid of it or give it away before you go'”

Posted by Law Office of Janet L Brewer on 07/12/2020 at 07:21 AM in Charitable Giving, Estate Planning, Inheritance | Permalink