« What are the Biggest Estate Planning Mistakes? | Main | What Should I Know about a Living Trust? »

Should a Donor-Advised Fund Be Part of My Estate Planning? 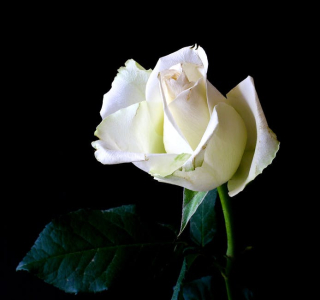 “With the prospect of a Biden administration potentially raising tax rates and cutting estate tax exclusion amounts in half, some well-off taxpayers may be looking for a way to ease their burden, even while contributing to their favorite charities. A donor-advised fund may well be that opportunity.”

A donor-advised fund is a charitable-giving vehicle that lets a donor make grants to a charity over a period of years. Bizrate’s recent article entitled “Donor-advised funds: A popular tax-advantaged way to give to charity” explains that an individual makes a charitable donation to a fund sponsor, such as a nonprofit foundation or an investment firm, and the donor takes a tax deduction in the year the initial fund was established. The money can be distributed in later years by the fund sponsor under the advisement of the donor.

Once the fund has been created, the money can’t be returned. When the fund is established, the donor establishes the rules for how money is to be gifted. However, the sponsor technically controls the fund. The donor’s advice on what to fund isn’t binding. However, it's uncommon for the sponsoring organization’s board to exercise its variance powers and disregard the advice of the donor. The funds that aren’t granted out each year can be invested. That way, an initial charitable gift can eventually yield far more than that initial gift in total gifts going to end-use charities.

A donor-advised fund is simpler and less expensive than other similar vehicles, like a private foundation or a charitable trust. It also provides numerous other benefits that can make it a wise choice for donors.

Tax management. The possibility of tax law changes may attract some individuals because the Biden administration has said it’s looking at raising the capital gains tax rates on wealthier taxpayers. The President-Elect has also mentioned decreasing the amount of money that can be excluded from the estate tax and eliminating the step-up in cost basis on inherited assets.

Simplicity. A donor-aided fund may let you create one plan to manage all your charitable giving and allow the fund sponsor to do the administrative work.

Anonymity. If it’s created via a community foundation, a donor-advised fund can be used to make anonymous gifts.

Advice. The fund sponsor can help the donor choose the charities to support or how to manage the giving process, which can help newer or less informed donors.

Flexibility. Some may have liquidity and want to devote cash to charity but are unsure of which charities to support. The donor-advised fund allows the donor to make the initial gift now and make grants in the future. As a result, donors can take the tax break now and decide later where to give the funds.

Teachable giving. Young and adult children can participate in the gift advice process and can be given the opportunity to serve as the fund adviser after the death, incapacity, or resignation of their parents.

When using a charitable lead trust, some of the principal will be distributed to beneficiaries, compared to a charitable remainder trust, where you receive annual income, and the charity gets money in the future.

A donor-advised fund is a completed charitable gift. There is no element of continued ownership or control, and no income flow going back to the beneficiaries.

Because of the complexity surrounding these planning issues, it’s wise to speak with an experienced estate planning attorney. You can read more about how our process works, how we can make sure we are a good fit for your needs, and how to get started today right here.

Reference: Bizrate (Nov. 9, 2020) “Donor-advised funds: A popular tax-advantaged way to give to charity”